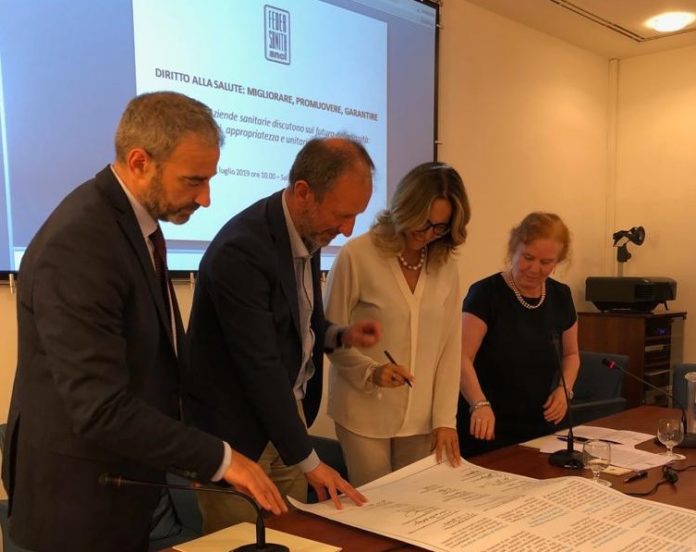 Rome (NEV), July 27, 2019 – Another adhesion to the “Inter-religious Manifesto for the End of Life Rights” – signed on last February 5, by the President of the Federation of Protestant Churches in Italy (FCEI), pastor Luca Maria Negro, along with others 17 religious and institutional representatives -. On July 22 last, on occasion of  its annual assembly,  the Federsanità ANCI – a Confederation which brings together the National Healthcare Units  and the Italian Mayors Conferences (ANCI) – added its signature to the Manifesto. The president of the Federsanità ANCI, Tiziana Frittelli declared: “This is a choice that traces a path of dignity and guarantees, within public health facilities and in addition to medical care, respect for the person and spiritual support in the final phase of life”.

The Manifesto, promoted by the Rome Interreligious Board together with the Rome 1 ASL (local healthcare unit) at the GMC Catholic University-Hospice Villa Speranza, sees the collaboration of Protestants, Catholics, Orthodox, Jews, Muslims, Buddhists and Hindus. It consists of nine points on the fundamental rights of care, respect for dignity,  religious and spiritual support for those who find themselves in the final phase of life in health facilities. The Interreligious board is active to elaborate the application guidelines on nutrition, spiritual care, treatment of the body in the disease and in the pre and post-mortem rites. Pastor Herbert Anders, on behalf of FCEI, is one of the members of the board.

The Manifesto in April 2019 received the silver medal of the “World Interfaith Harmony Week”, an initiative established by the United Nations in 2010 at the proposal of King Abdullah of Jordan.