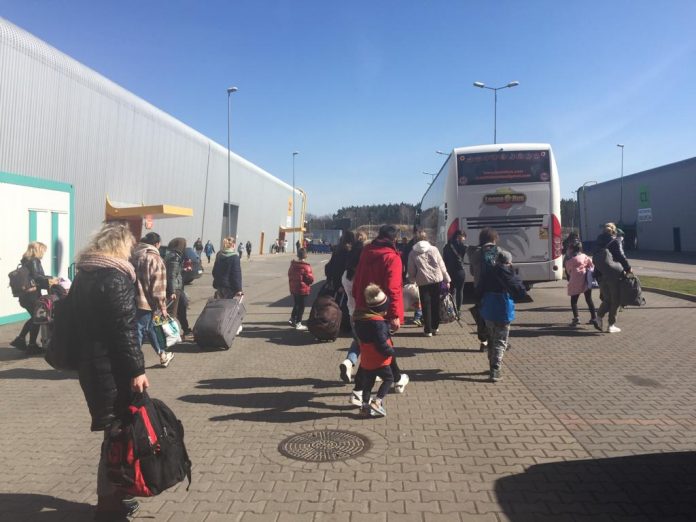 Rome (NEV), 13th April 2022 – 37 people, mainly women and children, are currently travelling from Poland to Italy as part of an FCEI initiative.
“Following two missions to evaluate how best to offer support”, explains Marta Bernardini, coordinator of Mediterranean Hope, refugee and migrant programme of the Federation of Protestant Churches in Italy (FCEI), “and together with Protestant churches active in Poland, we have offered this option to some families. They will be welcomed by “host communities”, that is, according to a “community sponsorship” model which we have been promoting for some time: grass roots participative reception in which civil society takes responsibility for hosting those fleeing from the war in Ukraine.  It’s a model which we hope to replicate for migrants fleeing from other conflicts and situations of danger, always in the hope that peace can be sought, and that the violence and hatred generated by war will end, both in Ukraine and everywhere else”.
Those travelling with FCEI will arrive in Italy tomorrow and will be hosted by three Baptist churches, by some Protestant families and by individual volunteers in various towns and villages: Milan, in the province of La Spezia, Turin, near Frosinone and in Civitavecchia. Once they have arrived, they will be able to claim temporary protection, as provided for in Italy for the Ukrainian population.
“We shall continue to give support to churches and communities in Poland helping those who have fled from the war but wish to return as soon as possible to their own country,” continues Bernardini.  “For us, it is important to listen to those who are engaged on a daily basis with hosting just a few kilometres from the Ukrainian border and to understand what the real needs are, needs which are likely to change in the coming weeks.  Finally, for the summer, we are aiming to set up holidays for groups of Ukrainian children who are being hosted in Poland.  Our commitment to the Ukrainian people, in our small way, continues”.

Daniele Garrone, FCEI president adds: “With the support and impetus of those who have, right from the outset of the war, sent us funds and intimated their willingness to host, we are seeking to do our part for those who are deprived of all that we have”.