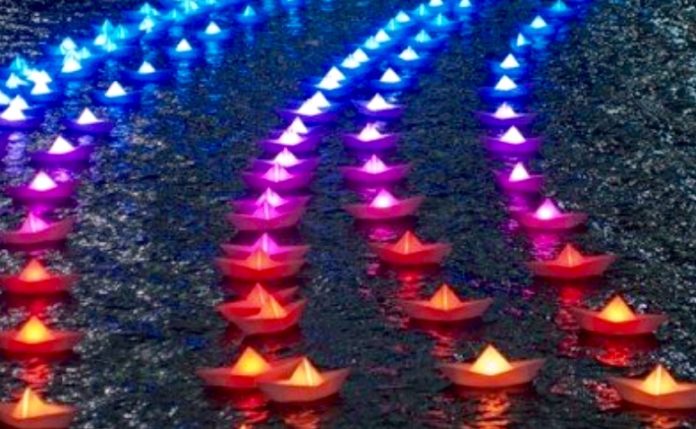 Rome (NEV), May 18, 2017 – “Moved by the teaching of love and acceptance received from the Gospel of Jesus Christ, we strongly condemn all violence and discrimination against LGBT people”. This is the message launched by pastor Mirella Manocchio, president of the Methodist Churches’ Work Organization in Italy (OPCEMI) on occasion of May 17th, World day against homophobia and transphobia. A strong message accompanied by the exhortation to all the Italian Methodist Churches to become ‘more and more’ sanctuaries of reception and support’ to those who are discriminated for their sexual orientation.

This position was announced on Tuesday 16th of May through a press release which immediately saw the adhesion of pastor Luca Maria Negro, president of the Federation of Protestant Churches in Italy (FCEI); of the dean of the Lutheran Evangelical Church in Italy (CELI), pastor Heiner Bludau and of the president of the Christian Evangelical Baptist Union in Italy, pastor Giovanni Arcidiacono.

Here is the full text of the statement:

Every day news tell us about human rights violations in many parts of the world. Discrimination, violence and persecution for religious reasons, ethnical differences and sexual orientation. The ‘guilt’ would consist in the non obedience to the ‘normality’ imposed by one’s own oppressors.

Even in the very civilized Europe LGBT persons are still subject to violence because of a different normality. The Italian Methodist Evangelical churches – through OPCEMI, their executive body – on occasion of this week of celebration of the World day against homophobia and transphobia, want to strongly denounce the situation and reiterate their NO to repeated abuses and actions of violence against LGBT people. Actions, that in some parts of the world are translated in death sentences; in tortures and prison camps like in Chechnya; in discriminations and arrests like in Russia. Actions, that are aimed at reducing to silence or at the elimination of any form of differences, specifically those relating to sexual and/or affective orientation in the name of an alleged regularity.

Today we strongly condemn all violence and discrimination against LGBT people and we do so because we are moved by the teaching of love and acceptance received from the Gospel of Jesus Christ. We invite all our churches to more and more be ‘sanctuaries’ of reception and support towards LGBT persons and towards every person reached by discrimination.