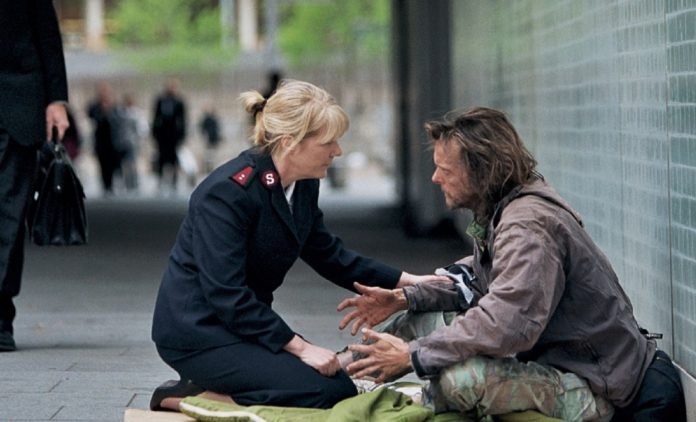 Rome (NEV), June 21, 2018 – The Day Center of the Salvation Army in Rome, on June 18th had to suspend the reception services due to the non-payment of invoices for € 400,000 by the Rome Capital Administration.

“We welcomed up to 88 people a day, during the cold emergency. We continued to provide services with own funds, we presented an expression of interest for the call for bids on the ‘Heat Plan’, that was due to start on June 21st. The service costs  € 5,000 a month. We have unpaid bills that date back to 2008. So we had to suspend everything”, said Massimo Tursi, Lieutenant Colonel of the Salvation Army, to the NEV press agency.

“In this situation of uncertainty, we can no longer guarantee the service of administrative assistance, work reintegration, workshops, job grants. We have built a service to the city that has led our social workers and operators to help many people to rediscover their natural or professional skills and their dignity; we have guaranteed meals and showers. Without financial support, over 200 beneficiaries will remain without all this and the knock-on effects will be seen in the city and also among those who have provided the services so far (qualified professionals, psychologists and psychotherapists). They are all actors we care about – continued Tursi -. This morning, while we received the solidarity and praise of the president of the II District of the City, Francesca Del Bello, some guests of our structure in San Lorenzo gathered in front of the closed door, wrote messages on post-its to express their feelings. It was a moving moment. Resources in the budget must be unlocked to support social activities”.

“Having the Day Center closed, means having these people on the benches, in the streets, preventing them from building a new destiny, with obvious repercussions on the neighborhoods. We are grateful to the ‘Alliance against the Poverty of Lazio’ which is supporting our action and calls for an urgent urban social plan. We appeal to all the sister churches in the hope of finding shortly the tools to reopen the service”, concluded Tursi.