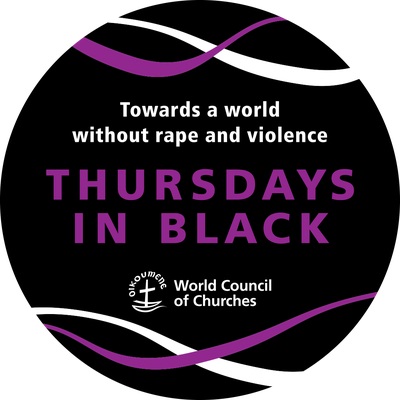 Rome (NEV), October 26, 2019 – The Federation of Protestant Women in Italy (FDEI)  adhered to the document of the Ecumenical Council of Churches (CEC) “Declaration on sexual and gender-based violence and on the Nobel Peace Prize”, of November 2018 .
“The declaration on sexual and gender-based violence continues to be highly topical, in fact we still see the increase in sexual and gender-based violence against women, girls and vulnerable people – Italian protestant women wrote in the adhesion document -. As the statement says, “by listening to the painful testimonies and stories of women who survived sexual violence, we are encouraged and challenged to affirm the dignity, rights and needs of everybody”.
CEC and FDEI undertake “to declare such violations sin; to make constructive efforts to overcome the attitudes that predispose to such violence; to continue working with local organizations and groups that oppose all forms of sexual and gender-based violence; to give support in the various forms, also by developing healing paths from the traumas suffered by women, girls, and other vulnerable  subjects to such violence in their communities ”.
FDEI joined the #ThursdaysinBlack Global Campaign, also proposed by CEC, “to say together with the sisters around the world that we oppose the culture of rape, of gender injustice, of  abuse and violence, but above all to make visible the recovery capacity and the women efforts”.
FDEI invites all women of different denominations to visit the CEC website to learn more about the campaign and the numerous adhesions worldwide, which show us the creative diversity through which this global mobilization has taken hold. The “Thursday in black” campaign will be relaunched on November 25, International Day for the Elimination of Violence against Women.

“We ask for your commitment and support to promote and testify against the culture of rape, gender injustice, abuse” the FDEI women continue asking to spread the campaign and organize initiatives on the national territory “as a visible sign of the Gospel, which calls us to a path of responsibility in the fight against violence, of support for those who are victims of it and in collaboration with those who have been working for years in anti-violence centers in the hope of stopping abuse, killing women, war rapes”.

The adhesions to the CEC Declaration and to the #ThursdaysinBlack campaign were approved during the FDEI National Committee of October 12th last. The Committee also approved the purchase of 1000 “Black Thursday” pins with the inscription: “Towards a world without rape and violence” and the FDEI logo, with the graphic proposed by the CEC. To order the pins and the poster contact the FDEI president, pastor Gabriela Lio, at the following address: gabriela.lio@ucebi.it