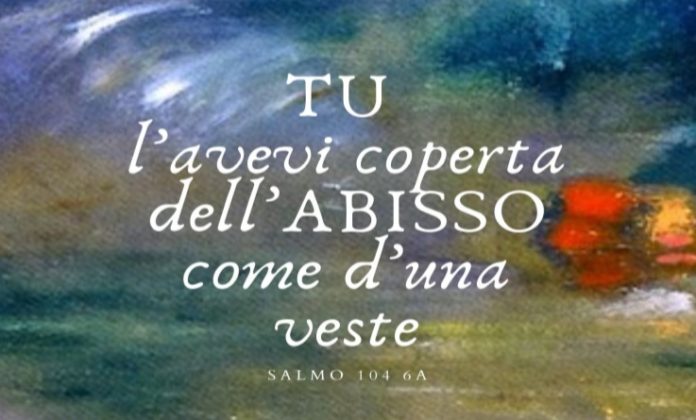 Rome (NEV),  September 6, 2020 – The “Time of Creation” began on September 1st, the liturgical period that every year from the 1st of September to the 4th of October will engage Christians from all over the world and of every tradition to pray and act to protect the environment.
In Europe, the invitation to take an active part in this time of witness, reflection and common commitment comes from the Conference of European Churches (KEK) and the Commission of European Bishops’ Conferences (CCEE) whose presidents, pastor Christian Krieger and Msgr. Angelo Bagnasco, sent an appeal to their respective member churches to live together a Jubilee of the earth.
In Italy, as every year, the Globalization and Environment Commission (GLAM) of the Federation of Protestant Churches in Italy (FCEI)  prepared a dossier for the Time of Creation, dedicated to the oceans and entitled “Marine waters, source of life”. The dossier contains biblical, liturgical and homiletic materials, as well as information sheets, videos and news items.

The Commission produced a video in which Maria Elena Lacquaniti, member of GLAM, illustrates the main themes of the dossier.

Numerous ecumenical initiatives are planned at  local level throughout the national territory, starting from September 1st, among which we recall the ones in Turin and at Torre Ruggero (Catanzaro).