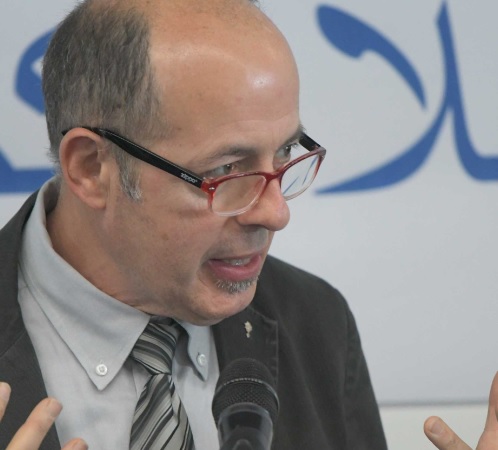 Rome (NEV), January 15th, 2018 – This year marks an important anniversary in regard to ecumenical dialogue: it’s been 50 years since the elaboration of the materials for the Week of Prayer for Christian Unity was prepared not only globally, but also ecumenically. Just a few days before the traditional event (January 18-25), pastor Luca Maria Negro, president of the Federation of Protestant Churches in Italy (FCEI), points out: “In 1968, for the first time, the celebration of the ‘Week’ was based on the materials elaborated jointly by the Commission on Faith and Order of the World Council of Churches (WCC), and by the Secretariat for the promotion of Christian Unity (the current Pontifical Council for the Promotion of Christian Unity). It may seem a minor detail – says Negro -, since the ‘Week’ is much older going back to 1908”. Negro continues: “Actually, there is a great difference between praying for unity on one’s own and from one’s own confessional point of view, and sharing an ecumenical prayer from its preparation, together with Christians of all denominations and also of all the countries of the world. Since 1974, in fact, the materials are prepared by local ecumenical groups”.

Regarding the theme of the ‘Week 2018’, chosen by the Caribbean churches focusing on the triumph over oppression, FCEI’s president adds: “The fact that the materials come from the Caribbean is a good omen for our local ‘ecumenism’. The Caribbean Churches’ Conference (CCC), which for 45 years has been bringing together the Christian churches of a vast region stretching from the Bahamas in the north, to French Guiana in the south, and from the Barbados islands towards east up to Belize in the west, has the particularity of being the only one of the seven regional and ecumenical organisms in which the Catholic Church is not only one of the member churches (it is also so in the Pacific and in the Middle East), but it is actually one of the founding members, through the Bishops’ Conference of the Antilles. And why should this be a good omen for us? Because 2018 should – finally! – be the year of the birth of the long-awaited ‘permanent consultation table’ of the Christian churches in Italy. Catholics, Protestants and Orthodox in Italy should give life to this ecumenical structure just a few days after the end of the ‘Week’. While we pray that the Lord will break the chains of all slavery, let us ask Him to also break our every possible resistance, and help us to finally give Him, even in our country, a unitary ecumenical witness”.