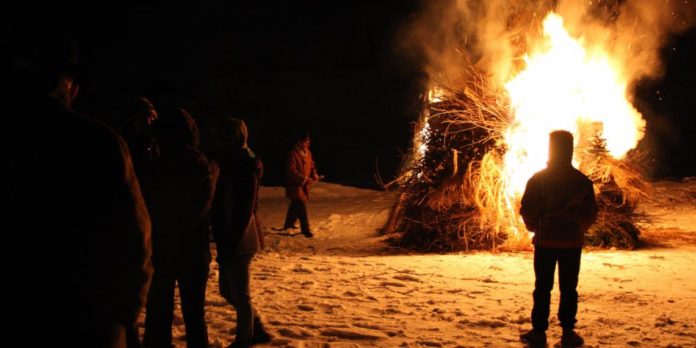 Rome (NEV), February 21, 2019 – On  February 17th, 1848 King Carlo Alberto, with the Patent Letters, put an end to centuries of discrimination by recognizing the civil and political rights of the Waldensians:  bonfires in the Waldensian valleys were lit to communicate the good news from one village to the other. Still today, bonfires are lit to remember that conquest and to support those whose rights are still denied. At present this date has gone beyond the purely Waldensian world and has taken on an emblematic meaning for all the evangelical Italians.

As for the last 171 years, therefore, numerous activities were organized throughout the Italian territory to commemorate and celebrate that achievement: exhibitions, meetings, celebrations, shows and film visions accompanied the commemoration.
In Turin the Jewish Community, which obtained the civil rights a few days after the Waldensians, and the local Waldensian church organized, with the patronage of the Municipality, a commemorative event that started on February 15 with the lighting of the Mole Antonelliana (symbol of the town) with the 2019 logo “Waldensians and Jews for the rights of everyone”.

The Waldensian Cultural Centre Foundation, in Torre Pellice, proposed meetings, exhibitions, visits and publications: the program started on 15 February at 8.30 pm with a conference focused on February 17th, at the Waldensian Museum with the historians Simone Baral and Gianpaolo Romagnani. In the afternoon of February 16th followed a guided visit to the historical Museum and the opening of the exhibition “The two directions of the journey. Italy-Southern Africa, Southern Africa-Italy. Exploration trips, migration and an anthology of African studies of the Waldensian Museum”.
The Waldensian churches of Taranto, Grottaglie, Brindisi and the Salento diaspora remembered the anniversary with a public conference, in Taranto, on the theme “Religious freedom in Italy” with the participation of Lothar Vogel, professor of history at the Waldensian Faculty of Theology (Rome) and Francesco Castelli, professor of history and director of the Institute for Religious Science ‘S. Giovanni Paolo II’ (Taranto).
The Protestant Cultural Centre of Bergamo celebrated the anniversary with a conference by Emidio Campi, of the University of Zurich on the theme “Uldrich Zwingli and the Reformation in Switzerland”; the meeting was the first of the three proposed on the occasion of the 500th anniversary of the beginning of the Protestant Reformation in Switzerland. The following day a convivial moment, based on sausages, was organized to recall Zwingli’s gesture to break the Lenten fast as a sign of discontinuity with the Catholic tradition.
To be pointed out the booklet of this year’s February 17th, published for the occasion by La Claudiana/Society of Waldensian Studies and edited by Giuseppe Platone on the theme of Religious freedom today in Italy.