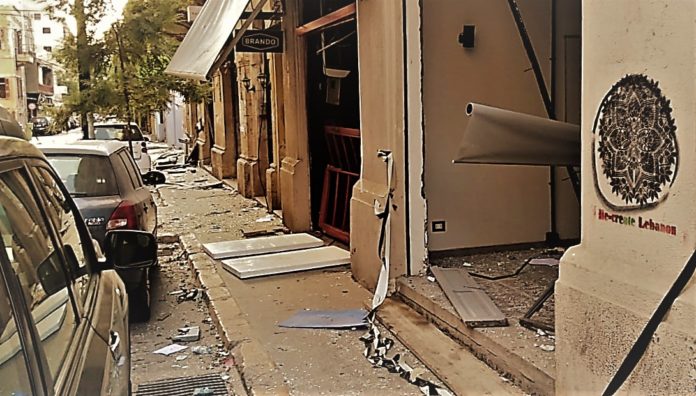 Rome (NEVCS/22), 7th August 2020 – After the devastating explosion which struck the Lebanese capital on 4th August, the Federation of Protestant Churches in Italy (FCEI) has decided to start an appeal for Beirut.

“The explosion which struck the port of Beirut has left a huge impression on all of us,” say the team from Mediterranean Hope, FCEI’s migrant and refugee programme, who are working in Lebanon to organise the reopening of the humanitarian corridors programme. “The mushroom-shaped dust cloud, smoke, fire and mud, devastation of nearby housing, fires, victims, cries for help coming from people buried under the rubble, have all shaken us enormously.

As if this catastrophe were not enough, it comes on top of another already underway, namely the profound socio-economic crisis which the Lebanese state has suffered for years.  Lebanon is, in fact, in technical default with the consequent accompanying collapse of the dollar and general impoverishment of the population, of which more than 50% live below the poverty line”.

Funds collected will be used for:

Donations can be made via the FCEI bank account by way of bank transfer using the reference “Sottoscrizione Beirut”, or via Paypal using a credit card.  Details follow below:

Time of Creation: between the breath of the oceans and the Jubilee of the earth

Freedom of worship, the Regional Administrative Court reaffirms the right of believers