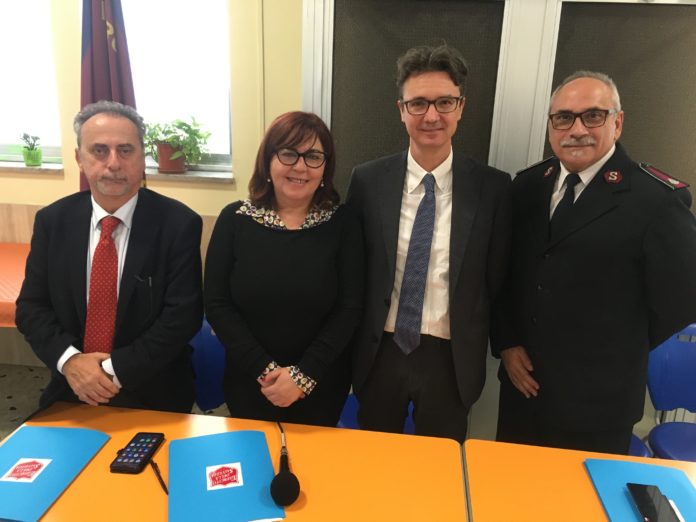 Rome (NEV), December 9, 2019 – In Rome there are over 17,000 homeless people, among whom women are increasing. “For many of them this is the consequence of moral and material violence suffered, for others the loss of work, or in the most serious cases, for having escaped from violent husbands. In particular, in the capital and in the large metropolitan areas, situations occurred in which women lost their lives or suffered violence because they did not have a mobile phone to ask the police for help” – writes the Salvation Army (EdS ), on the sidelines of the presentation of the project “A phone call that saves lives” activated together with TIM to help women in difficulty and that led to the donation of 340 mobile phones.

The initiative “A phone call that saves lives” effectively gives the idea of ​​supporting the request for help to the women that the Salvation Army meets every day in its solidarity activity: in canteens, in streets, in mobile units, during winter rescue and night reception- the organizers write -. The Salvation Army also actively works for the social and labor inclusion of women and therefore the donated mobile phones are useful to free women from the embarrassment of having to give the number of a reception center to a possible employer.
The project was presented last November 28th in Rome, at the EdS headquarters in the presence of institutions and journalists. The conference was attended, among others, by Massimo Tursi, head of the Italian and Greek command of the Salvation Army, Francesca Koch, president of the Women International House  of Rome, Francesca Danese, EDS external relations manager, Giulio Di Giacomo, Head of TIM Local Institutional Affairs,  Francesca Del Bello, president of the II Municipality of Roma Capitale, Claudio Zagari, director of Social exclusion contrast – Social Policies Department of the Municipality of Rome, Domenico Petrolo, president of Nina International, the women of San Lorenzo participating in the “Wardrobe without keys” project, organized by the magazine “Noi Donne”.