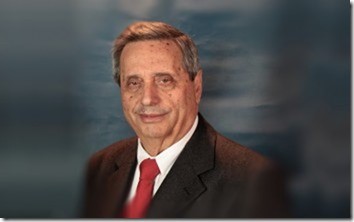 Rome (NEV), January 17, 2017 – On Monday January 9, at the age of 76 years, Pastor Remo Cristallo past away. He was since 2000 the president of the Federation of Pentecostal Churches in Italy (FCP), an institution established to promote the unity of the fragmented Italian Pentecostal milieu and the dialogue with the other Evangelical and Protestant churches died.

Cristallo – among the most important figures of the Italian Pentecostal movement – was born in 1940 in Bovito (Avellino), Southern Italy. He had a long experience in radio and later television preaching. He was the founder of the “New Pentecost” church of Aversa (near Naples) of which he has been to the end the Pastoral Council president.

“We remember pastor Cristallo as a man of dialogue – said pastor Luca Maria Negro, president of the Federation of Protestant Churches in Italy (FCEI) -. Not always an easy dialogue for the theological and ethical diversities existing between the historical Protestant churches and the Pentecostal ones, but a dialogue pastor Remo has always pursued with determination and brotherliness. It was under his chairmanship that in 2000 the FCP began a dialogue with the Methodist and Waldensian churches, and subsequently with the Baptist and Adventist churches. Since 2006 FCP is an observer member of FCEI and vice-versa”. The funeral service was held on Wednesday, January 11, at the church “New Pentecost” of Aversa. FCEI was represented by Vice-President Christiane Groeben.