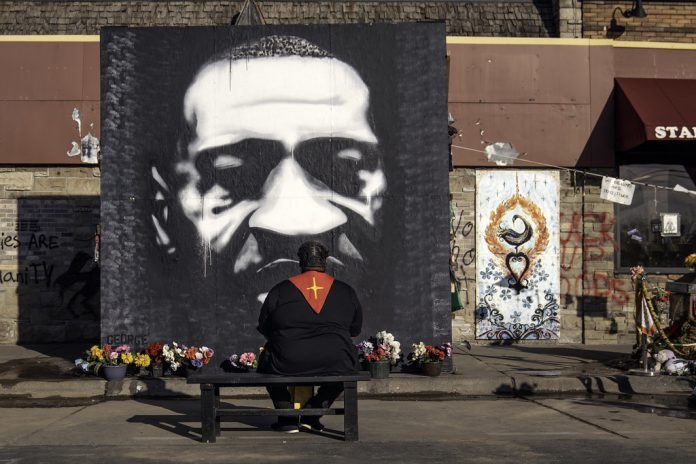 Rome (NEV), 19th November 2021 – (Translated by Fiona Kendall) – Hundreds of pastors gathered and prayed yesterday outside the court where the trial is taking place of the three white men accused of the murder of Ahmaud Arbery, the 25 year old killed in Georgia in February 2020, whilst he was out jogging.

The gathering was in response to the application by a defence attorney to “keep black pastors out of the courtroom”.

Kevin Gough tells judge he has an issue with Black pastors coming to sit with Arbery family in court. "There’s only so many pastors they can have. If their pastor’s Rev Al Sharpton right now that’s fine. But that’s it. We don’t want anymore Black pastors in here or others" pic.twitter.com/VIIGZYFBNq

Many of those demonstrating carried placards bearing the slogan “Black Pastors Matter”, whilst others wore T-shirts with a photo of Arbery and the slogan #JusticeForAhmaud.

Today, I will join @TheRevAl and hundreds of Black Pastors across Ecumenical lines in Brunswick, GA, in a prayer vigil calling for justice for #AhmaudArbery.

This trial is a test for the American Justice System. This is a story we have heard before.

As explained in this Il Manifesto article, one of the trial issues – one of so many linked to hate crimes against the African-American population – is also the jury: 12 people, of whom only one is African-American and 11 white.  So, as defined by Jim Winkler, it is impossible not to see this court case as yet another page in the story of systemic racism in the USA . A problem still not resolved nor appeased following the demonstrations and birth of the Black Lives Matter movement, and almost a year after the election of Joe Biden (who, among others, declared in this Tweet, that the family of Arbery “deserve justice”).

The video is clear: Ahmaud Arbery was killed in cold blood. My heart goes out to his family, who deserve justice and deserve it now. It is time for a swift, full, and transparent investigation into his murder. https://t.co/alvY5WjdHx

The three accused, ex-policemant Gregory McMichael, aged 64, his son Travis, 34, and their neighbour William Bryan, have pled not guilty and stated that they killed Arbery because they believed him to be a robber. For the state attorneys, on the other hand, there is no evidence that the African-American man killed in Georgia had committed any criminal offence.  The trial is linked to the dissemination of a video made on a smartphone in which the murder scene can be seen, which dismantles and disproves the initial findings of fact, as reported by the accused.

To find out more: BBC reconstruction of the Arbery murder case and the trial underway; un article in Il Post, from 8th May 2020, on the murder.

@OfficialMLK3 says he’s grateful “to join you and lift” Ahmaud Arbery’s family during this difficult time.