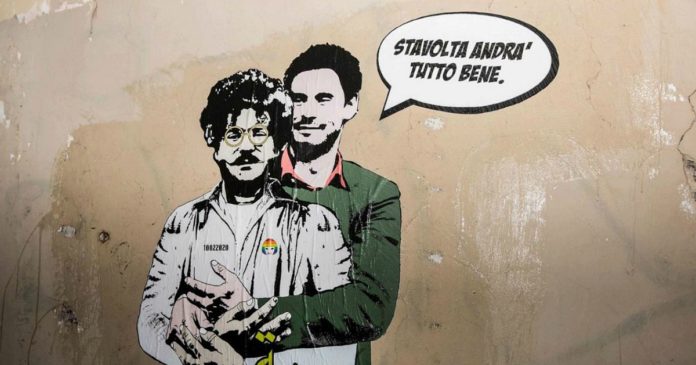 Rome (NEV), February 26, 2020 – The Action by Christians for the Abolition of Torture (ACAT Italia) expresses ”deep concern for the story of the young Egyptian student Patrick Zaki, arrested and subjected to torture for 30 hours, as told by his lawyer and family. A story that is macabrely linked to that of Giulio Regeni, whose name seems to have been made during the interrogation”.
In a statement released on February 12, ACAT asks the Italian government and the international community to “do everything possible so that Patrick be immediately freed and able to return to his studies in Italy. The appeal is also addressed to all the civil society to continue keeping high attention on this young man, so that everyone may know that he is not alone”.
The press release continues: “Let’s not forget, however, that Patrick is unfortunately not the only person in these conditions. According to a report published last October by Amnesty International and Human Rights Watch (HRW), 16 thousand people have presumably been arrested for political reasons by the Al Sisi regime, subjected to isolation and inhuman and degrading treatment. Faced with these data, Italy and the international community can no longer continue to pretend that all this is normal, looking the other way”.

ACAT is an ecumenical Christian association that acts against torture and death penalty, working alongside all those who have the same goals and promote human rights. Formally founded in the spring of 1987, thanks to the contribution of the Waldensian church of Rome and of the “Christian Renaissance” movement, the Italian branch of the Action by Christians for the abolition of torture is due to the inspiration of the Waldensian pastor Tullio Vinay, among the first people in Europe to report the violence suffered by political prisoners in Vietnam. Since the beginning, ACAT chose to operate on an ecumenical basis, bringing together Protestants, Catholics, Orthodox and other Christian denominations willing to pray and act together. Among the latest battles in the history of the association, the one against the death penalty stands out. In 2008, ACAT instituted a thesis award for graduate works on the topic of torture and death penalty, supported, among others, also by the Eight per thousand funds of the Methodist and Waldensian churches.